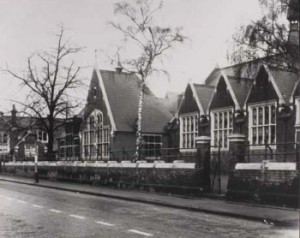 The former Manor Street School where the Museum is housed, was a gift to the town in 1862 from George Courtauld, the cloth manufacturer.

When Manor Street school closed in 1989 the Heritage Trust began the development of the current Museum. The old Junior School building was converted into the Museum and the reception area and shop were added. The main galleries opened in 1992. Here there are permanent displays depicting the history of the area. The local industries, Courtauld, Crittall and Lake and Elliott are portrayed and there is a gallery devoted to the famous local-born naturalist John Ray One classroom from the school was retained and preserved and is used by school groups who visit to experience a role play situation of a Victorian classroom.

In 2002, a successful lottery bid and much fundraising  enabled the conversion of the infant school into a large space, now known as the the Learning for Life Centre, linked to the Museum building by a glass corridor.

In 2004 another substantial lottery grant enabled the purchase of the Warner Textile Archive.

This is Britain’s second largest collection of flat textiles, spanning over two centuries of creativity and commerce. For over 70 years, textiles of the highest quality, used for Royal occasions and to furnish stately homes, were produced in Braintree. When weaving ceased in 1970 the collection of fabric samples, paper designs and documents became the Archive. Ownership changed several times in subsequent years but in 2004 the collection finally returned to the original mill buildings in Braintree where it is located today.

Timeframe was founded in the 1990s as the film unit of the Friends of the Museum, dedicated to the making and preservation of audio-visual material concerning the history of Braintree District. Over the years it has been instrumental in preserving oral histories, recounting people’s past lives in the area, and the making of films and documentaries about our local heritage. Much of this valuable work has been done by Friends members David Stubbs and Brian Joscelyne; both very able film makers.

One notable success in recent years has been the production of ‘A Walk with Henry’ – a film tracing the history of Bradford Street through a look at the individual properties which make up that historic street. Films have also been made about celebrations in our District; walks along the River Pant; reminiscences of an old agricultural worker; the Warner Textile Archive; and Coggeshall lace.

David has now retired and sadly, Brian has died so Timeframe has come to an end. Copies are held of the films they have made over the years which serve as a record of an important part of the Friends’ history.

The Friends of the Museum was formed to raise money and give practical help where needed. £4,000 of the money from subscriptions is given annually to the Museum Trust for general running costs, and with other money raised, special projects are financed.

Some of the projects we have financed include: 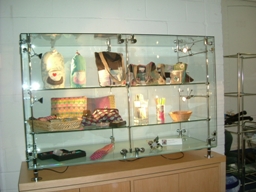